For the past 30 seasons, Tom Flatley has been on the sidelines of countless Garden City High School football games leading his team. Considering his .849 career winning percentage, if you were at one of the games, you probably saw a victory.

During his tenure, the Trojans missed out on a postseason berth only one time. He also led them to 18 Nassau County championships and five Long Island championships. During a three-year run from 1990-92, his team compiled 30 consecutive victories.

After stepping down from his position at the helm, David Ettinger will be the incumbent at the helm for the Trojans of Garden City. Ettinger was an assistant on the staff last season.

The philosophy of Garden City has been a simple one—defense wins championships. Regardless of the players on the field, the Trojans have remained one of the elite defenses on Long Island year-in-and-year-out. It was the difference in winning their last Long Island Championship over Riverhead in 2012 when they stifled the vaunted running attack of Jeremiah Cheatom.

If they are to return to glory it will most likely be the difference again. The team will be counting on senior defensive linemen John Wotczak and Max Webster. They will both be anchoring the offensive line as well. Dan Confort is a talented senior linebacker that will be a vital player for the Trojans’ defense.

On the offensive side of the ball, Brian Haeffner will shoulder the load. The returning All-County running back rushed for 1,063 yards and 15 touchdowns. On three separate occasions (against Calhoun, Wantagh and Westbury) he scored three touchdowns. He was a force on offense and the team will be looking for him to duplicate that type of production.

Tim Schmelzinger will return as the quarterback. After winning the three-man competition for the position last summer, he went out and contributed five touchdowns through the air and another seven on the ground while leading the Trojans to a 9-2 season.

Their season was ended at the hands of Carey for the second straight year—this time by the score of 21-6. They also shut out the Trojans and handed them their first loss of the season last season by the score of 26-0.

“They haven’t lost in two years,” said Ettinger. “So they will be the team to beat in the conference.”

Before they get redemption at the reigning champs, they will open up their season on Sept. 12 at Manhasset—who are coming off a 3-5 season.

They will have to do so without a number of their most significant contributors from last season. James Sullivan, Matt Borges, Tommy Wright, Brian Goepfert, Liam Byrnes and Brian Colamussi have all gone on to graduate and play college lacrosse.

They were all major reasons that the team rattled off five consecutive wins to begin the season last year, and responded from their only regular season loss with four more victories to end the season. They held the opposition under 10 points on six different occasions including three shutouts—simply a remarkable statistic.

The offense was efficient last season as well. They eclipsed 30 points in eight of their nine victories, including a season-high 56 points in Week 7 against Mepham. Overall, they averaged 31.8 points per game. It’s this kind of success the Ettinger-led Trojans will look to not only equal but surpass. 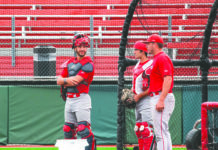 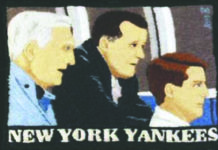 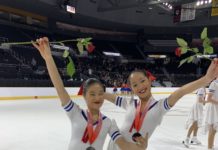