There is no problem with rats in the Village of Stewart Manor, Mayor Gerard Tangredi said in a public statement that sharply contrasted reports alleging rodents at apartment buildings on Covert and Tulip avenue from residents and one village official at last month’s board meeting.

“We do not have a rodent problem,” Tangredi said at the outset of the board’s recent Tuesday night meeting.

He added that newspaper stories reporting on a discussion at last month’s meeting of issues with rats drawn to open garbage containers at two apartment buildings were incorrect. “We were wrongly judged in the newspapers last month,” Tangredi said.

At last month’s meeting, Skinner said there was a problem with rats drawn to open garbage containers at a 50-unit apartment complex on Tulip Avenue near the intersection at Covert Avenue.

“We have a major rat problem over there. They’re coming across to residents’ homes,” Skinner said.

Residents at last month’s board meeting complained about rats on the adjacent property of a 50-unit apartment building on Covert Avenue.

Tangredi acknowledged a recurrent problem with improper garbage disposal at the apartment buildings during the discussion at last month’s meeting.

When a resident asked last Tuesday night about a story in the Garden City Life about the village’s apparent rat problem, he said the story was “wrong.”

But during further remarks on the issue, he said the owner of the apartment buildings had been “warned and fined” for improper garbage disposal before.

After the meeting, responding to questions from a reporter, Tangredi said he recalled the complaints residents had made about rats on the apartment building properties at last month’s meeting. He also acknowledged Skinner’s remarks a about rats drawn to garbage at the Tulip Avenue apartments.

He said he objected to the headline on the Garden City Life story, “Rats Run Rampant,” accompanied by a picture of a rat. “It makes it seem like the village is being overrun by rats,” he said.

“Anybody with any sense knows they’re not coming from our shed, which is filled with salt and sand,” Skinner said. 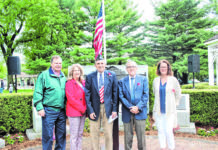 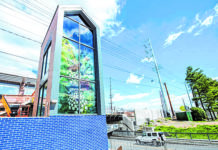 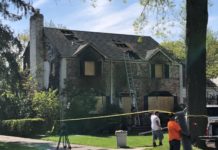