Anh-Dao Tran’s basketball journey took her from Webster, MA, to New Haven, CT before she landed in Garden City to play for coach Heather Jacobs and the Adelphi University women’s basketball team. Yet, even after winning two Northeast-10 Conference Southwest Division titles, capturing the program’s first NE-10 Tournament championship, being a part of an NCAA East Regional on her home floor and graduating from Adelphi last spring, Tran’s basketball journey isn’t over.

The sport has expanded her horizons—literally—as it has now taken her to Europe.

Earlier this summer, Tran signed a contract to play professional basketball in Germany with the PS Karlsruhe Lions (PSK Lions) in the second league of the Damen-Basketball-Bundesliga (DBBL). The New England native was one of two Adelphi players to sign a professional contract after graduation this spring, as men’s basketball alum Duane Morgan is currently continuing his basketball career in Argentina. Tran continues a recent trend of women’s alumni heading overseas, as Adelphi’s all-time leading scorer Jessica Kitrys (’14) plays for Club Baloncesto Almeria of the Women’s League 2 (Liga Femenina 2) in Spain while current assistant coach Sade Jackson (‘14) also spent time in Germany.

“I am very thankful and blessed to be continuing my basketball career overseas,” Tran said. “I wouldn’t be where I am today if it wasn’t for my family believing in me and supporting me.”

The 5-foot-6-inch point guard spent two years with the Adelphi program after transferring from the University of New Haven in the 2013-14 academic year. Last year, in her one playing season on the court after red-shirting, she started 31 of the team’s 32 games while averaging 15.0 points and 4.7 assists per game. She led the team in assists while leading both the Panthers and the Northeast-10 Conference in free-throw percentage (87.9 percent) en route to earning NE-10 Second Team All-Conference selection, All-Met First Team honors and WBCA All-America Honorable Mention.

“We knew Anh-Dao would continue her career; the question was just where,” Jacobs said. “She is a dynamic player with the ability to score; not only is she quick and athletic, she’s savvy with the basketball.”

Tran recognizes that basketball has given her many opportunities, and believes a variety of factors have contributed to her success on the court and off.

“Overcoming adversity, having a strong commitment to getting better each and every day on the court and off the court, and being passionate about the game is what helped me become the person/player I am today,” Tran said. “I also believe that the connections I’ve made and friendships I’ve gained through these experiences has helped me become a better person and a better basketball player.”

As all of Tran’s teammates hail from Germany, she’s had an opportunity to immerse herself in the nation’s culture and is adjusting to life daily off the court. On the court, PSK Lions head coach Jan Gipperich was looking for a scorer who is comfortable as both a shooting and point guard to add depth to his lineup, and Tran fit that mold perfectly.

“Anh-Dao possesses a good long range shot and drive forward as well as good passing qualities,” he said. “[She should] further enhance our team’s offense.”

The PSK Lions started their season on Saturday, Sept. 26 on the road against Burger Estriche Jahn München in Munich. To keep up to date with all things going on with the PSK Lions, visit their Facebook page.

“While it is a challenge to be in a foreign country without your friends or family, if anyone can thrive in a challenge it would be Anh-Dao,” Jacobs said. “We are looking forward to following her this season.” 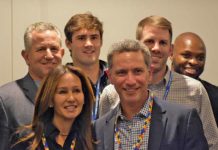 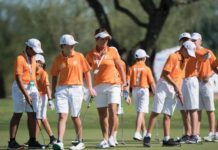 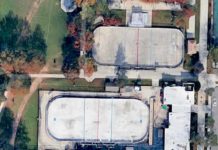