If Norman Rockwell were still alive today, he would have had more than his share of classic Americana scenes to paint had he found himself around Garden City’s Seventh Street on Friday, June 10. For it was here that multitudes of people came out to attend the Garden City Belmont Festival, a family-friendly event that featured carnival games, pony rides, live music, loads of food stands and carnival games.

What had originally started out as a parade has evolved into a festival that’s become one of the village’s most anticipated events. Music fans had a number of live music choices that included rock band Fivestone and the classic big band sounds of the New Vintage Orchestra. Children lined up outside of a booth to shoot pucks at a booth sponsored by the New York Islanders. Face painting proved to be a popular offering as were pony rides.

The horseracing theme was never far away, right down to the use of the actual Belmont Park starting gate as a barrier on the far end of Seventh Street. As the evening wound down to an end, children raced up and down the street. As the crowds thinned out and families casually made their way home, the evening ended up being the kind of bucolic scenerio that would have undoubtedly put a smile on Rockwell’s face. 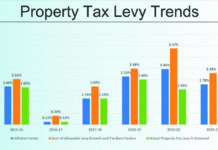 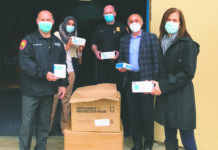 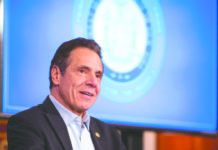