For many an older Mets or Jets fan, going to a game at Shea Stadium was a rite of passage. But in 1975, it became the epicenter of New York City sports when the Yankees and Giants joined their baseball/football brethren in playing a full season within the cozy confines of this Flushing-based venue. And it is this story that Adelphi University journalism professor Brett Topel tells in his recent book. When Shea Was Home: The Story of the 1975 Mets, Yankees, Giants, and Jets. The Commack native first came up with the idea to write what he thought would be a magazine while attending a game with his father at Citi Field back in 2012 that led to a chance encounter with someone who was intimately familiar with the field conditions during that unique season.
“I had a really bizarre encounter with the former head grounds keeper Pete Flynn during that game at Citi Field,” Topel recalled. “I got to meet him, told him I was looking to write a book and we had our exchange and I ended up interviewing him the next day without any semblance of a contract or anyone saying they would even be interested [in publishing anything]. So I do a bunch of interviews in 2012 to put together what I thought would be at least a good scope of what the book would be.”

Although Topel had already published Simply the Best: The Story of the 1929–31 Philadelphia Athletics, the germ for this idea sat in his computer for the next three years. It was only a conversation with a fellow author who happened to love Topel’s idea led to his sending a proposal to his fellow scribe’s publisher at Skyhorse Publishing. By September 2015, the book was published. It was during this time that Topel did the bulk of his interviews with the likes of current Mets broadcaster and lifelong fan Howie Rose, Giants co-owner John Mara, former Jet Richard Caster, ex-Yankees manager Bill Virdon, former New York Yankees public relations director and author Marty Appel and a number of former Mets players including Jon Matlack, Jerry Koosman and Jon Matlack.

“With the exception of the few interviews I did early on—Pete Flynn, Bud Harrelson, Doug Williams and a couple of other people, the majority of everything happened in a six-month span,” Topel said.
Part of what makes When Shea Was Home was the fact that it rather than it being a straightforward sports story, Topel does a masterful job of not only explaining what went on at Shea Stadium in 1975, but how it came into being, the poor economic environment in both New York City and the United States at the time and what was going on in pop culture at the time. 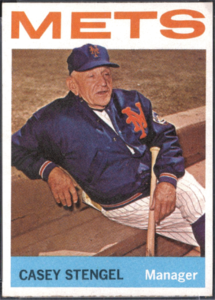 “I thought it was very important to set it in a place of what New York City and the political climate was like in 1975,” Topel explained. “My biggest challenge was to somehow create a story about four average to below average sports teams in 1975 and how to make that interesting and also surround it with all those other details that I thought were so important.”
While all four franchises had pretty forgettable seasons, there were more than a few fascinating anecdotes from 1975 that pop up throughout the book. One of which was the Yankees deciding to honor the U.S. Army’s 200th anniversary with a 21-gun salute from a cannon in the outfield whose noise and reverberation blew down the centerfield fence and led Rose to remember the event and unkindly quip, “What is this riffraff doing coming in and messing up our ballpark. The Yankees were about as out of place at Shea Stadium as a pork chop at a bar mitzvah.” Or the fact that Rolando Acosta, a senior at DeWitt Clinton High School wound up pitching a five-hit shutout over Lafayette High School to win the Public Schools Athletic League title. It’s one of Topel’s favorite stories that he wound up unearthing during the course of his research.

“Rolando Acosta had pitched them into the championship a couple of days before and was on the mound again in the final deciding game,” he said. “Acosta was scouted that day by Columbia University, which wound up giving him a scholarship there and not only did he go there, he played baseball there and is in the Columbia University Hall of Fame. He went to the law school there, became a lawyer, then a judge and is now on the New York State Court of Appeals. I think he was only in the country at that point for two or three years.” 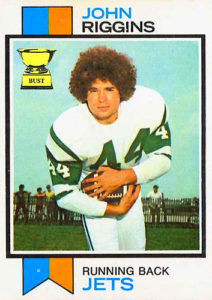 Topel was not able to speak with everyone on his list. Enigmatic Jets running back John Riggins declined to participate through his personal attorney while a few people warned him that Tom Seaver would be more interested in talking about his winery versus his time on the diamond. And efforts to track down Elliott Maddox, a former Yankees outfielder who tore up his knee on the Shea turf that year and would later go on to play for the Mets, were fruitless. That said, the Roslyn resident is rightfully proud of how he captured this one season at a place that he spent so much time at with his father and later his 13-year-old son.
“You always kind of remember fondly the places you knew when you were younger and I think that’s what Shea Stadium meant,” he said. “I’m really happy that Shea Stadium is being remembered that way. It could have just as easily been remembered as the dump we used to go to before the Mets got Citi Field. Instead, it has taken on this almost kind of mythical aura and I think that’s a nice thing.”