According to detectives, 20-year-old Brooklyn resident Cedric Metullus and 21-year-old Queens resident Alan Ado Germain attempted to return $3000 worth of merchandise while in Bloomindales department store located at 630 Old Country Rd. by using a fraudulent Connecticut driver’s license. A store employee notified police and the defendants left the scene in their auto. Third Precinct police officers located the defendants in vehicle in the area and performed a traffic stop. The defendants were found to be in possession of fraudulent re-encoded credit cards in addition to the fraudulent driver license.

Metullus and Germain were each charged with two counts of second degree-possession of a forged instrument.  Metullus, who was driving with a suspended license, was additionally charged with second-degree aggravated unlicensed driving along with several VTL infractions.  Both defendants were arraigned on Tuesday, Aug. 16 in First District Court Hempstead. 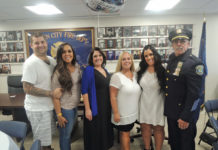 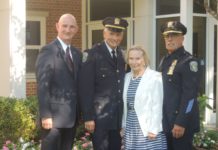 Hanging Their Shields Up 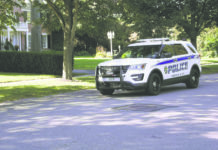