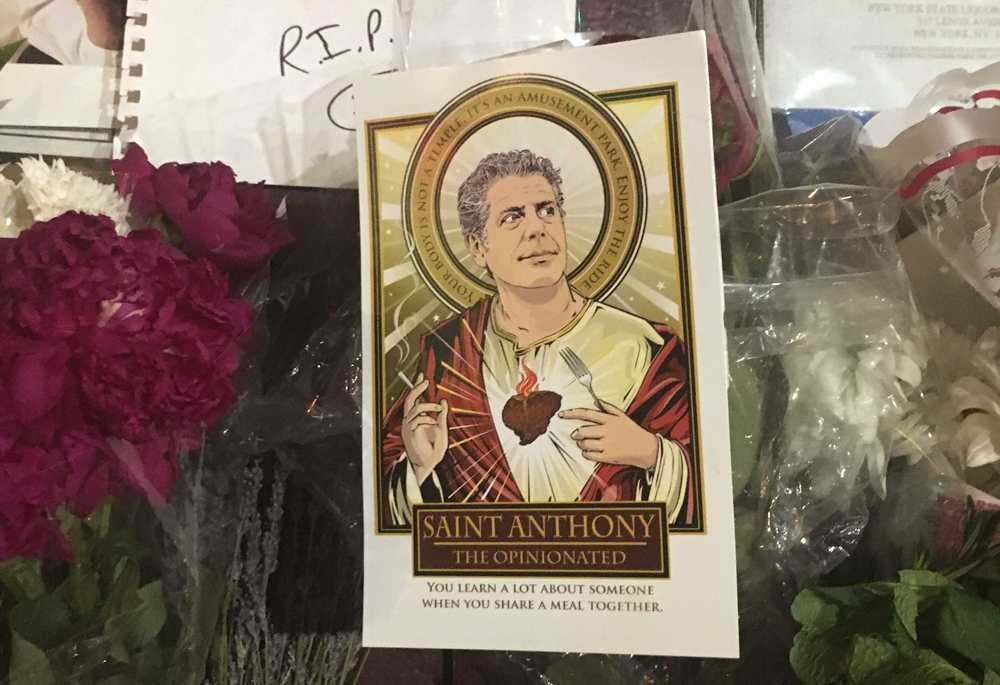 When news broke that chef, writer and television host Anthony Bourdain had committed suicide via hanging while filming an episode of Parts Unknown in France, the first words out of my mouth were peppered with expletives and nowhere near appropriate for this or any other print publication. Though celebrity suicide is certainly not unheard of, his angered me in ways I didn’t know a celebrity suicide could.

While many first encountered Bourdain on the Travel Channel program No Reservations or before that on Food Network’s A Cook’s Tour, I first came across his name in a 1999 article in The New Yorker. Titled “Don’t Eat Before Reading This,” the article read like a missive from the bowels of a restaurant kitchen and served as the precursor for Kitchen Confidential, the book that jump-started his career.

The article begins, “Good food, good eating, is all about blood and organs, cruelty and decay.” As a burgeoning food lover and a writer who did not yet know he was a writer, the article made my brain shift gears. I was immediately hooked on his style, the way he used harsh descriptors for everyday themes that were normally taken for granted or ignored entirely, all with a writer’s voice that was his and his alone. But it wasn’t until No Reservations that his influence went beyond shifting my brain and instead shifted my life’s path away from static passivity.

When the program premiered in 2005, I was working at a local college in the accounts payable department—a life that, when I think about myself back then, feels like it was being lived by someone else entirely. I watched Bourdain travel to mysterious lands where he got to know the people and immersed himself in the local culture and cuisine. Each show featured his narration, spoken in that same writer’s voice that was uniquely his own.

I wasn’t the only eater/writer/misanthrope who was influenced by Bourdain in one way or another—hell, an entire industry of food and travel shows sprang up in his wake. His abrasive and engaging style pushed many to the edge and into lives they didn’t know they had in them.

I can praise him and thank him—but I also reserve the right to curse him for making such a rash, final and tragic decision.

Agree? Disagree? We’d love to hear from you! Send a letter to the editor at smosco@antonmediagroup.com.