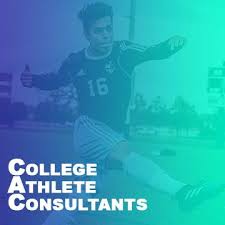 Nassau County resident Laura Egna is the mother of four children and two of them, her 20-year old twin sons, are sophomore tennis players in college. Trying to find colleges who were interested in her sons joining their team was incredibly difficult as no one had approached them about scholarships and there was no local recruitment firm that could help.
“There just wasn’t anyone out there that wasn’t just a college advisor,” said Egna. “We ended up finding someone in Boston who would take us through the recruitment process. It was very new to us because there is such a template for it.”

After working with the Massachusetts firm and doing some work herself to get her boys recruited, Egna’s sons were given an opportunity to play at a Division III school. Since then, friends of Egna have asked for help in getting their child successfully recruited to a college.
“The process is very daunting if you don’t know where to go,” said Egna. “If you don’t know how to do it, you feel like giving up. I offered to help anyone seeking advice and now I’ve helped several of my friends get their child recruited. Then my friend, Leslie Schleimer, and I looked at each other and said ‘There’s a business here.’”

Schleimer, an attorney from Melville, and Egna decided to start a company called “College Athlete Consultants” (CAC), a company set up to help those athletes who are looking to get the word out to colleges about their talents.
“Whether you are a tennis player, basketball player, soccer player, or even an equestrian, the template is really all the same,” said Egna. “We try to track down the right school for a student while also making sure that they not only meet athletic standards but also academic and social standards as well.”

The CAC will either meet with a student in-person or talk to them over Skype. They will then use the tools available to them to determine where the student ranks among other athletes in the nation. They will provide a list of seven to eight schools that the student could pursue. Egna gets in touch with college coaches, sets up film of students playing their sport, and contacts showcase tournaments for students to participate in. Meanwhile, Schleimer prepares the student for writing their application essays and what financial aid they can receive.

Specifically, The CAC is looking to help athletes from around the country get into Division III programs as most firms don’t solely help Division III players out.
“You have to be really, really good to be a Division I athlete and most of the time, they are scoped out by these colleges coaches,” said Enga. “Its a completely different process at Division III. You have to reach out to them.”

She shared one story in which a basketball player from Washington D.C. never thought about playing the sport in college because no one approached him with an opportunity to do so. Even though it was already the summer before his senior year, the company was able to help him and he’s now playing basketball at Colby College.
“As a parent, you can’t call a coach so you need to have someone calling the coach to say ‘Hey, I got a great kid,’” said Egna. “We build the interest there and then we make a connection between the child and the coach.”

The CAC offers a free consultation if you have questions about your students eligibility into Division III programs. For more information on the business, visit collegeathleteconsultants.com or call 917-887-8930. 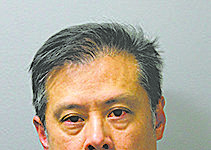 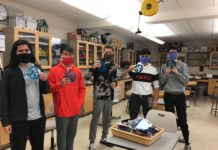