When Joe Scattareggia was awarded the James C. Metzger Lacrosse Award in the finals of the 2019 Section VIII Nassau County high school boys’ lacrosse championships, Garden City had fallen to rival Manhasset 6-5 in double overtime. While it was admittedly a bittersweet moment for the graduating senior, Scattareggia has since had time to bask and appreciate what it meant being recognized with an honor that reflects the tenacity, honesty, commitment and positive attitude of each recipient.
“At the time, we lost the game. There were a lot of emotions—last high school game, last time playing under a coach that coached me the last four years and the guys that I’ve played with,” he explained. “After receiving that award, it kind of put the cherry on top of my career and everything that we’ve done together. It kind of made me smile a little bit actually. It kind of put together all the good things we did together and made me feel like I helped kids be who they are and grow up.”

Scattareggia is currently committed to Bucknell University. Ironically, this Pennsylvania school was one of the few programs that reached out to Scattareggia despite his being ranked in New York State and 17th nationally. It came at a time when he was ready to move on without lacrosse despite falling in love with the sport after he helped the Trojans win the state championship.

“I wasn’t sure if I wanted to play lacrosse or not in college. My junior year, we won States. That was probably the most amazing thing lacrosse-wise—it was the best feeling ever to just feel so accomplished. After that game, I fell in love with lacrosse and I wanted to do this in college,” he recalled. “I wasn’t really getting that many looks, so I said to my parents that if I couldn’t go to a school that academically fits me, I wouldn’t really want to play in college. Bucknell reached out to me in July 2018 and I went up for a visit. The coach liked me as a player and offered me a position on the spot. I said that I’d love to come here. It’s an amazing school with amazing academics and a great lacrosse team.” 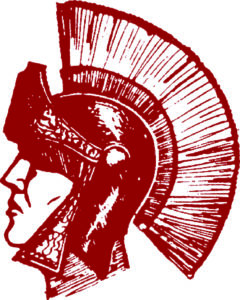 Scattareggia is a middle child (older sister Lauren is going to be a sophomore at Penn State and younger brother Andrew is an incoming Garden City High School sophomore) who cut his teeth attending Gordon Purdie lacrosse clinics at the Waldorf School when he was 6 or 7. By the time he graduated, Scattareggia was a three-sport athlete, suiting up as a wide receiver and cornerback for the football team and playing shooting guard for the basketball squad. Through it all, being able to call Garden City home has not only left him with a strong set of friends, but a desire to plant roots here as an adult.

“My uncle works in the city for Chase and I’m very interested in hopefully working in the city [in the finance sector],” he said. “I want to stay local and come back to Garden City and raise a kid here.”