The Village of Garden City recently reached a settlement with resident Gerry Kelly to designate three handicapped-accessible parking spots on Seventh Street between Hilton and Franklin Avenues in compliance with the Americans with Disabilities Act (ADA). The initial suit was filed by Kelly in the Eastern District of New York on July 31, 2018. The former president of the Western Property Owner Association (WPOA), who was diagnosed with multiple sclerosis back in 2012, initially brought up the lack of on-street parking spaces at a 2017 Traffic Commission public hearing, where he requested that three of the roughly 60 spots on Seventh Street be designated as handicapped accessible. The agreement finds neither side at fault. The settlement does find the village agreeing to install three accessible parking spaces on Seventh Street between Franklin and Hilton, with two being on the eastern end of the block (near Franklin, one on the north side of the street and the other on the south). The third space will be near Hilton Avenue on the western end of Seventh Street. There will be no fixed obstructions such as garbage cans near the spots and the village will install a curb cut behind each space, complete with blue stripes to discourage parking. In addition, the municipality must address the handicapped accessible spaces in fields 7N and 7S. For Kelly, getting to this point was a lengthy process that started when he initially brought this issue up with village administrator Ralph Suozzi back in 2016. Most surprising for the longtime resident was the pushback his request was met with by the Garden City Chamber of Commerce.

“In the beginning of 2017, I met with the Chamber of Commerce, while I’d been also meeting with most of the Property Owners Associations and the traffic commission, which was headed up at the time by Dick Silver. I went over what my thoughts were and as far as what the ADA says and what Garden City should do. It was difficult from the beginning,” Kelly recalled. “The chamber of commerce was very much opposed to the action. They even wrote a letter to the traffic commission stating that they were opposed to it. In all my days in government, I’ve never seen an active chamber working against a protected class. That was very discouraging and disconcerting that they were so opposed to this when you see all the people that are in need of access.”

A request for comment from current chamber president Dennis Donnelly was not answered as of press time.
According to court papers, there is a three-month time frame going forward from the July 30 rendering of the settlement for the village to install these three accessible parking spaces. Within eight months of the date of the agreement, the municipality must also make sure that the number of handicapped accessible spaces in field Nos. 7N and 7S meet ADA requirements and are the correct size. The village responded in part to the announcement of this settlement with this statement:

“The village remains committed to providing access to its programs, services and activities to all individuals, including those with disabilities. The village would like to thank LCM Architects and the village’s special legal counsel, Seyfarth Shaw, led by John Egan and Paul Galligan, who worked closely with the residents’ counsel to resolve this dispute and reach an agreeable solution working within the Public Rights-of-Way Accessibility Guidelines.”
Following Kelly’s meeting with the Silver-led traffic commission, the village commissioned LCM Architects to conduct an $18,000 study to address the feasibility of putting three more handicapped accessible spots on Seventh Street. In spite of the ADA requiring accessibility requirements on public accommodations, Kelly said the engineer’s response at the commission meeting was, “…[all] these reasons why you shouldn’t put handicapped spots on Seventh Street, instead of just saying that you have to do this. It was really embarrassing to be raised here and to see what went on in that hearing.” 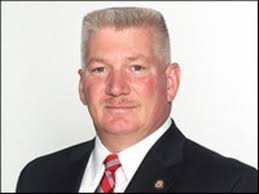 Kelly responded by filing an appeal with the traffic commission for another hearing, whose commissioner was current trustee Mark Hyer. The request was denied. With the support of the WPOA’s board and membership, Kelly hired the law firm of Covington & Burling on the advice of an old college basketball teammate. A letter dated May 25, 2018 was then sent by his attorneys to the village requesting the designation of three on-street spots with blue paint and signage in compliance with ADA mandates. When this correspondence went unanswered, a law suit was filed against the Village of Garden City in federal court on July 31, 2018. Court records reveal both sides being referred to a mediation program on Nov. 28, 2018. By May 31 of this year, the record shows mediation failed and a trial was in the process of being scheduled. At a June 6 board meeting, a vote was taken to authorize a $5,000 retainer to hire the Manhattan firm of Seyfarth Shaw LLP to take the lead on the suit from the village’s regular firm of Bee Ready Fishbein LLP. The former was added to the suit on June 14. Within a month, the recommendation was for the village to settle and not go to trial. Covington & Burling attorney Teresa Lewi was pleased with the outcome for both Kelly and the community.

“We wished it didn’t take a year to get to this point, but we’re happy that we finally got to the point where they finally agreed to make Seventh Street more accessible to people with disabilities. That was ours and Gerry’s goal all along,” she said. “We were very happy to be involved with Gerry on this important Garden City issue, not just for people with disabilities, but the public in general.”

As for Kelly, he is equally thrilled by the outcome, despite the hurdles he encountered.
“When you have the law on your side, it’s just a matter of time. Even with the resistance of the trustees and chamber of commerce, we were supported by about 99 percent of the public that I’d spoken to,” he said. “They didn’t have any idea why the trustees had done this. I think they all shot themselves in the foot and the law won. The law speaks very loud about accessibility.”