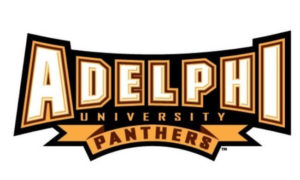 Bunny Hoest (‘53)
A cartoonist and co-creator of The Lockhorns with late husband Bill Hoest, Bunny is known as the Cartoon Lady and was the co-creator of Bumper Snickers, Howard Huge, Agatha Crumm and What a Guy! She was inducted into the National Cartoonist Society’s Hall of Fame and according to syndicator King Features, Hoest had 200 million weekly readers at one point.

Alice S. Hoffman (‘73)
A New York Times best-selling author, Hoffman is best known for her 1995 novel Practical Magic, which was adapted into a film of the same name in 1998. The New York City native was the recipient of the New Jersey Notable Book Award and she won a Hammett Prize for Turtle Moon. The Boston resident wrote the screenplay for the 1983 film Independence Day and most recently published 2017’s The Rules of Magic, the prequel to Practical Magic.

Jonathan Larson (‘82)
The late playwright and composer of Rent received three posthumous Tony Awards and a posthumous Pulitzer Prize for Drama for his rock musical update of La Boheme. He attended Adelphi with a four-year scholarship as an acting major and graduated with a Bachelor of Fine Arts degree. Larson died unexpectedly from an aortic dissection the morning of Rent’s first preview performance Off Broadway.

Justin Vivian Bond (‘85)
This trans-actor, author and Lambda Literary Award winner is a Tony Award-nominated artist who has also received GLAAD, Obie, Bessie, Ethyl and a Foundation for Contemporary Arts Grants to Artist Awards and first came to fame as one half of the cabaret duo Kiki and Herb.

Paul Ekman (‘58)
An American psychologist, Ekman is a pioneer in the study of emotions and their relation to racial expressions. He is ranked 59th out of 100 most cited psychologists of the 20th Century. Ekman was also named one of the 100 Most Influential People in the World by Time Magazine.

Carmen M. Ortiz (‘78)
The former attorney general for the District of Massachusetts became the first Hispanic female to ascend to that position after she was nominated by President Barack Obama in 2009. Ortiz grew up in East Harlem and was inspired to become a lawyer by watching Perry Mason on television. She earned her BBA from Adelphi while working in her family’s gift shop as an undergraduate.

Carlton Douglas “Chuck D” Ridenhour (‘84; ‘13 Honorary)
It was at Adelphi where Public Enemy leader and Rock & Roll Hall of Famer Chuck D. met William Drayton (aka Flavor Flav). While Ridenhour was studying for his BFA in graphic design, he co-hosted hip-hop radio show, The Super Spectrum Mix Hour, as Chuck D on Saturday nights at WLIR, designed fliers for local hip-hop events and drew a cartoon called Tales of the Skind for Adelphi student newspaper The Delphian.

Bob Beamon (‘72)
Beamon is an Olympic Gold medalist who set the record at the 1968 Mexico City Games for the long jump at 29 feet, 2/3 inches. It is also the second longest wind legal jump in track and field history set by Mike Powell in 1991. Beamon graduated from Adelphi in 1972 with a degree in sociology. He is in the National Track and Field Hall of Fame, and was a 1983 inaugural inductee into the United States Olympic Hall of Fame..

Al Trautwig (B.B.A. ‘78; ‘17 Honorary)
The New York Sports Emmy Award-winner started out as a stick-boy for the New York Islanders in their early days in the NHL and a ball boy for the New York Nets when they played in the ABA and both teams called Nassau Coliseum home. Trautwig has gone on to be a sports commentator on MSG Network, NBC, NBC Sports Network and USA Network does the pre-game and post-game shows for the New York Knicks and New York Rangers, as well as fill-in play-by-play for both teams.