Play and Give goes soccer route to set record

What started out for Matt Tepper as a life lesson for his 9-year-old son about life beyond Garden City, Long Island and the United States, has turned into an attempt to break into the Guinness Book of World Records while benefiting an organization called Charity Ball. The latter is a nonprofit organization that provides new quality soccer balls to children in poverty-stricken communities around the world. This massive event is set to be held on Sunday, Sept. 15, at the St. Paul’s School from 9:15 to 11:15 a.m. The original record was going to have Tepper’s Play and Give organization attempt to break the record for simultaneously passing a soccer ball (originally set in Hong Kong by 1,218 people on July 2, 2018). It has instead evolved into taking a stab at creating the longest digital soccer pass. It all came about as a result of the stringent rules Guinness officials have when it comes to authenticating records.
“What happened is that we were talking with Guinness about the previous record, there were a couple of issues that we were trying to figure out how to resolve. The previous record, which was everyone passing the ball at the same time, had a lot of facets to it that could lead to disqualification. So we were trying to figure out how to have adults and kids be involved,” Tepper explained. “We couldn’t figure out a way to make it work in a way that Guinness felt good about and that we felt good about. So working with Guinness, we switched to this record.” 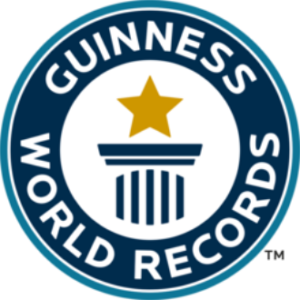 With the new event, 10 video cameras will be set up on tripods. It will resemble a Facebook video where you’ll see a person on it. A ball will come from the left side of the screen, the person will stop it and then pass it to the right side of the screen. It will then be edited to have people look as though they’re passing to each other. The event took Tepper and his planning committee three months to pull together. For lifelong soccer lover Tepper, the story behind Charity Ball was one that captured the imagination of him and his son.

“The charity is awesome. It was started by this kid [Ethan King] who was 10 years old and he’s now 20. He was traveling with his dad, who was doing a bunch of work in sub-Saharan Africa. He was a 10-year-old kid and brought his soccer ball with him, because that’s what he did. He noticed a bunch of kids were standing around, staring at him. So he asked his dad why they were watching him and his father said that most of those kids had never seen a real soccer ball and [King] thought that was crazy,” Tepper explained. “He gave his soccer balls away and when Ethan came home with his dad, he said it was an amazing experience. He said he’d love to do more of this and that’s how they ended up starting this foundation. So they get this equipment to these kids around the world who don’t have access to it. The super cool part is one of the things my son and I thought about was that all of the equipment, which is mostly soccer balls, is all hand delivered. They have a series of couriers that either take the equipment to countries that need it, or people that want to take interesting vacations that also help the world. He set them up with a trip to go deliver the equipment.” 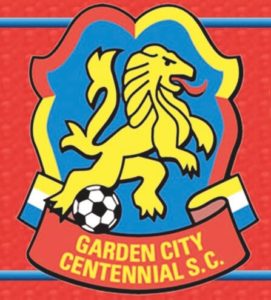 Adults and children are encouraged to participate in this event that’s being financially sponsored by a number of groups listed on the event website including the Garden City Centennial Soccer Club, La Bottega Italian Gourmet, Garden City Pizza and Adelphi University. Volunteers are still needed so opportunities abound for those wishing to get involved in a way that doesn’t involve kicking a soccer ball.
“We have about 85 volunteers signed up already, which is fantastic,” Tepper said. “There is a lot of coordination because we’re going to have a lot of games and activities going on around the record-breaking attempt. So if anybody wants to volunteer, that would be great.”

Visit www.playandgive.org to find out more about the Play and Give event and to register.