Homecoming is one of the most highly anticipated events in the Village of Garden City. As has been the case year-in and year-out, the Garden City Public School District pulled out all the stops, kicking off the festivities with a parade that stepped off in the main drag of Seventh Street. From here, this procession headed over to Garden City High School, where the Trojans would eventually fell the Elmont Spartans by a score of 27-0.

Sitting in the lead car, which was driven by interim high school principal Kevin Steingruebner, was grand marshal and retiring Juvenile Detective Rich Pedone, who was joined by wife Elizabeth and daughter Rachel.

Holden Overbeck and Christina DiAgostino were crowned this year’s Homecoming King and Queen.

Providing the soundtrack for the day’s festivities was the Garden City High School Marching Band while the varsity and junior varsity cheerleading and kickline squads put on quite the choreographed spectacle that managed to span most of the gridiron’s midfield. 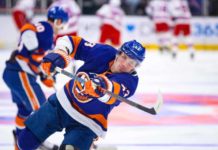 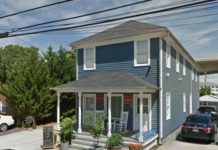 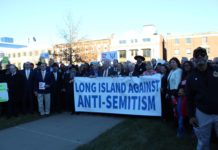