By Anthony Murray and Joseph Wolkin

The Town of Hempstead elections proved to be a game-changer, with the Republicans retaking what was once theirs. Several offices flipped from red to blue two years ago, but that reversed on Election Day 2019.

The results are in, and Republicans have declared victories in several major Town of Hempstead races, including supervisor, clerk and other important local government positions. Though incumbent Town of Hempstead Supervisor Laura Gillen has yet to concede, waiting for the absentee ballots to be counted, Donald X. Clavin has declared himself victorious.

Gillen was the first Democratic supervisor in the Town of Hempstead in more than a century. Now, Clavin is ready for the red party’s return.

At the time of publication, the election results between Clavin and Gillen are too close to call, but Clavin, who was the town’s former receiver of taxes since his appointment in 2001, declared victory for the Town of Hempstead Supervisor seat.

“I am very grateful that the residents of Hempstead Town have given me this opportunity,” Clavin said in a statement to Anton Media Group. “I campaigned on cutting expenses and controlling taxes. My commitment is to follow through on these promises. I called senior councilwoman Dorothy Goosby last night and said, ‘I’m looking forward to working with you,’ because that’s what residents want. They’re tired of partisan bickering and want their government officials to work together to provide great services at the lowest possible cost.”

In 2017, Gillen upended Supervisor Anthony J. Santino and became the first woman to lead the Town of Hempstead.

Clavin tallied 74,123 votes, while Gillen had 72,731 ballots in her favor when all of the districts within the town were fully reported.

Meanwhile, incumbent Democratic Town Clerk Sylvia Cabana was defeated by former Hempstead Supervisor Kate Murray. Murray, who previously served in the clerk’s position from 2001-03, wanted to return to politics after a four-year hiatus.

“When Don Clavin and the party reached out to me about running, I took a weekend—it didn’t even take me that long—to make a decision,” she said. “I realized that I missed public service. It’s in my blood, and it’s been there for a long time.”

Murray tallied 74,350 votes against Cabana, who had 71,560 people pencil her name in the ballot. Unofficially, Murray defeated Cabana, 50.9 percent to 48.99 percent.
With the triumph, Murray feels she can bring back the spark she once had in the office.

“In the town clerk’s office, I started three new programs that remain to this day, some of the most successful ones in the office,” she said. “I started the one-stop passport program. I started the child safety ID program to help create safety and personal profiles with children and their parents. I didn’t create the commuter parking sticker program, but what I did create was the overarching desire to make the town clerk’s office more accessible and convenient for our residents.”

Murray overcame a backlash against her for this election, with New York Islanders fans still blaming her for the team’s move to Brooklyn. The hashtag #goawaykate could be found on Twitter and Facebook, which both emerged when she announced her campaign in late February, Murray essentially toppled Cabana by sticking to the issues. Most of all, she addressed the Islanders issue prior to the election.

“The point everyone forgets is in 2009, [former Islanders owner] Charles Wang filed his application,” Murray said. “I asked him on the record if he wanted a permit to renovate the coliseum on that day. I was prepared to issue a renovation permit to him. That was in 2009, and I was reelected in 2011 and 2013 as supervisor.

“It hasn’t haunted me. I’m an Islanders fan and I’m excited for them. People don’t have the facts and they forget that Wang actually turned me down. There would’ve been a new coliseum within 18 to 24 months. It’s ancient history.” 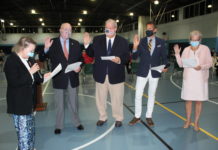 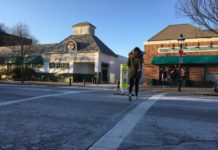