Blood is meant to be circulated, and when you donate some of your own, you can give life to another. Personifying the generous spirit that fuels such an endeavor is Garden City’s Menges family, who recently held their fifth I’m Not Done Yet Memorial blood drive at their home in honor of Bobby Menges. Bobby, one of four kids of Pete and Liz Menges and younger brother to Andrew, Emily and Jake, died in Sept. 2017 at the age of 19 after a long battle with cancer.

However, the astounding level of positivity, work ethic and altruism he sustained in his life made an indelible impact on others, especially his family members, who continue Bobby’s legacy through events such as their bi-annual blood drive. The Menges’, who go through the New York Blood Bank for the event, had a blood donation bus—dubbed the “Bloodmobile”—parked in front of their house from 10 a.m. to 4 p.m., where donors could come inside and have their blood drawn. Although this was the fifth such drive in Bobby’s name, the event has long had his spirit: the first one in July 2012 began a tradition that has spanned 16 drives and more than 700 pints of blood. One donation of blood—typically one pint for the average adult—can save up to three lives, according to American Red Cross.

“Bobby knew just from being sick over the years and having to have all sorts of blood transfusions, he’d always ask his doctors, ‘where did this blood come from?’ when he was a little kid,” said Liz Menges. “And then as he got older, he started to understand it more. So he looked into it and found out that you could have the bus come to your house, which is what we do. So he was very interested in the whole idea, because he knew that giving blood was so important because getting blood was so important.”

Indeed it is: because the need for blood is weighed in terms of time sensitivity, much of it goes toward victims of car crashes and other traumatic instances that require one to be rushed to the emergency room, so blood that cancer patients desperately need for transfusions is in supply all too finite. And since the shelf life of the one-pint donation is 42 days, per American Red Cross, the need to keep replenishing the supply to meet demand is great.

That importance is not lost on donors, as the Menges’ tireless efforts and trademark amicability have made it a pleasure for family, friends and neighbors to come down and get on the bus. Andy Borzilleri, 53, has been a neighbor of the Menges’ for more than 20 years, and each time they hold a blood drive, he makes sure to do his part.

“It’s a very important thing that they do, and they’re so good at raising awareness and making sure people donate, and it’s done so well and so professionally, and they’re such a great family,” Borzilleri said as he lounged after donating. “It all comes from Bobby Menges and his drive to give back, even though he was suffering his terrible disease. His I’m Not Done Yet campaign does so much for the local hospitals and the community, and it’s a pleasure to donate every year.”

That was the norm for Bobby: give to others even when he had every reason to think of himself. Over 10 weeks in 2014, he raised $95,300 for the Leukemia and Lymphoma Society’s Man and Woman of the Year Campaign. The I’m Not Done Yet Foundation, started later in 2017 and based in Garden City, has raised hundreds of thousands of dollars for the creation of programs in medical facilities that better accommodate adolescent and young adult cancer patients, a demographic whose changing psychosocial and emotional needs often aren’t met.

“So for instance, the tables are really small, the chairs are really small, the rooms are really cramped, you’re trying to do your homework but there are clowns and face painters and all these distractions,” Liz said. “And those distracted you when you were little, because you’re scared of getting a shot, so the clown comes in and makes funny things with the balloons and that’s that. You’re not distracted from the situation at 18 anymore, you know exactly what’s going on, you’re much more nervous about what’s going to happen because you understand it way better, so there’s that whole thing. ‘How do I talk to my friend about that, how do I myself deal with that? How do I talk to my siblings and parents and what questions do I ask a doctor and do I really wanna know the answer?’.”

To bridge this gap, in 2018 the foundation partnered with Duke University—Bobby studied there for two years, where he was an active member of Pi Kappa Alpha fraternity as well as the school’s Teen and Young Adult Oncology Patient Advisory Council (TYAO)—to create Bobby’s Coaches, a peer-to-peer counselling program that helps young patients with chronic illnesses develop independence. Programs like this help young cancer patients feel less alone, and because of Bobby and the Menges family, cancer patients have gotten and will continue to get better services and meet others going through life-threatening illnesses. There is a push on all fronts by the foundation—to increase quality of life and extend life by pledging money to labs across the country working hard to develop better medication and find a cure—but above all, Liz said, the foundation wants to maintain something Bobby embodied: that it’s about the human being, not just the patient, the disease.

“We focus on projects benefitting as many people as possible without getting too diffuse, we want to retain the meaningful quality. Money is great, but it’s gone when you spend it, whereas connections are longer lasting.” 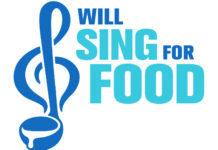 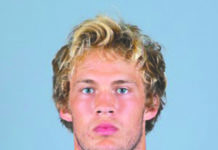 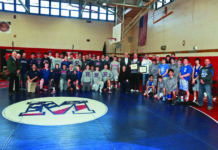