The Mineola-Garden City Rotary Club is within Rotary District 7255, which encompasses the land mass of Long Island from Verrazano and Brooklyn bridges to the lighthouses of the East End.

The role of Rotary District Governors is to strengthen existing Rotary clubs, engage, inspire and motivate members, promote Rotary within the community, provide leadership and guidance to Rotary clubs and promote membership within their districts—a tall order.

Mineola-Garden City Rotary is pleased to welcome Mel Ellwood, our district governor for 2021-22 on Tuesday, Oct. 12 at 12:15 p.m. at Calogero’s restaurant. Ellwood’s extraordinary credentials, along with her “Service above Service” spirit more than qualify her for this prestigious Rotary position.

Ellwood first started serving in her community at the age of 10 when she hosted Ronald McDonald carnivals in her backyard to raise money for Muscular Dystrophy and her community service has continued ever since.

Ellwood joined the Rotary Club of Riverhead in 2008 and immediately volunteered to run the club’s March Madness Pool thinking she was going to run a college basketball pool. Nevertheless, she proceeded with the club’s raffle raising the most money since the raffle’s inception. Ellwood served on the club’s board of directors, was the club president in 2013-14 and assistant governor from 2016-19. She has served on several district conference committees, was twice a member of the District Nominating Committee, is an RLI graduate, a facilitator and is a multiple Paul Harris recipient—Rotary’s highest honor.

After graduating  from the University of Dayton, Ellwood began her public relations career working for the United State Football League, then moved into PR agency life working for a number of PR firms in Manhattan as a PR executive and then as a Director of Human Resources.

Professionally, having entered the real estate field in 2005, Ellwood currently works for Century 21 Albertson Realty on the North Fork of Long Island where she manages a sales team of nine, and lists and sells homes.

The luncheon meeting featuring Elwood on Oct. 12 is open to all. To reserve, email club president Diane Marmann at Diane.marmann@gmail.com. 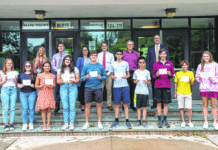 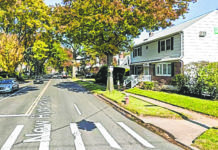