Homicide Squad detectives report the details of a serious auto accident involving a pedestrian that occurred on Dec. 23 at 5:38 p.m. in Garden City.

According to detectives, a 77-year-old female pedestrian was struck on Herricks Road near Rockaway Boulevard, by a 2016 Subaru that was being driven by a 67-year-old female. The driver remained at the scene. As a result of the collision, the pedestrian suffered multiple trauma injuries and was transported to an area hospital for treatment. She is listed in critical condition. The investigation into this accident continues. 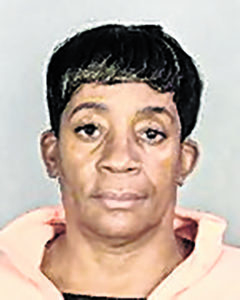 The Homicide Squad reports the details of a homicide that occurred on Dec. 27 at 9:26 p.m. in Garden City.

According to detectives, Garden City Police officers responded to a call for an unconscious male, 83, at 105 Monroe St. Upon arrival, officers noticed the male appeared to suffer from a laceration to his head. The male was pronounced at 9:34 p.m. by NYU Langone paramedics.

Upon further investigation by Nassau County Homicide Detectives, the Third Squad and the Garden City Police Department, home health aide Gail Godwin, 63, of Bay Shore, was placed under arrest later at the scene.

Godwin is charged with second-degree manslaughter, second-degree tampering with physical evidence, and endangering the welfare of an incompetent or physically disabled person.

She was arraigned on Dec. 29 at First District Court in Hempstead.