This story is part-two of a two-part series. To view part one, read page three in the May 4 edition of the Nassau Illustrated News or visit gardencity-life.com.

There is more to meet the eye when looking at the tall smoke-stake that towers over the Meadowbrook Parkway. Covanta Hempstead, located in Westbury, has been battling allegations of not following some environmental laws in the Nassau County Supreme Court since 2017 brought on by former employee Patrick Fahey, who filed the complaint in 2013.

According to its website, Covanta Hempstead, a waste-to-energy incineration facility, is the sustainable alternative to landfills for waste disposal. With facilities across the United States, Canada and Europe, Covanta’s role in solving the waste disposal crisis is taking municipal solid waste and transforming the remains after recycling into electricity. The Covanta Hempstead facility, in particular, sells energy to the Long Island Power Authority (LIPA). The resulting ash from this process gets brought to the Brookhaven Landfill in North Bellport, NY, an arrangement under contract between the facility and the Town of Brookhaven. It is estimated that the facility produces 500 to 750 tons of ash a day, according to court documents.

It’s the safety of the ash produced by the incineration process, a mix of what’s known as fly-ash and bottom-ash, that is under scrutiny.

According to court documents, both federal and state law requires that fly ash, a lighter kind of ash, and bottom ash, a coarser ash, be treated with lime and other chemicals to neutralize the hazardous component of ash. Fly ash must be mixed with bottom ash to neutralize PH to prevent leaching of metals out of the ash.

It’s important to note Covanta, according to its website, does have technology that recovers metal remaining in the ash for further recycling.

Fahey worked for Covanta Hempstead from 2012 to 2014. And it was during his employment that he, allegedly, noticed environmental violations, such as not properly treating the tons of ash before transporting it to the Brookhaven Landfill. Also alleged in the complaint is Covanta Hempstead housing toxic ash inside an aging structure with missing panels, holes and other openings for a period of time when the ash is required to be sealed, as well as allowing ash-contaminated storm water to accumulate in a weir at the facility and then, allegedly, pumping untreated and hazardous ash contact water from the weir to the cooling tower basin.

Fahey, represented by Hoffner PLLC, filed a complaint under the New York False Claims Act (NYFCA) against Covanta Hempstead Company and Covanta Holding Corporation on behalf of the Village of Garden City, Town of Hempstead, LIPA and the Town of Brookhaven for violating federal and state environmental laws. The municipalities and LIPA did not file the complaint, as it seems they do not have intention or desire to litigate the case. But Fahey filed the case on behalf of them because the contracts between Covanta Hempstead and the municipalities and LIPA would have been violated if Covanta Hempstead did not follow environmental law.

The Nassau Illustrated asked Dr. Ryan Wallace, a visiting assistant professor of environmental science at Adelphi University, about the importance of safety when it comes to treating this ash. He teaches courses on pollution and climate change, among other related subjects.

“The ash associated with waste incineration can be quite toxic, consisting of a wide range of heavy metals, soluble salts and other hazardous particulate matter,” Wallace said via email. “The overall toxicity and toxin composition is highly dependent on the type of waste being incinerated. Not properly storing or transporting fly ash could lead to both atmospheric and/or water pollution. Air pollution resulting from airborne fly ash particles has been associated with a number of respiratory and cardiovascular disorders. If toxic ash were to enter a storm drain, these toxins would eventually discharge into streams, bays, and could potentially contaminate groundwater. Long Island’s drinking water comes from underground aquifers and many harmful levels of emerging environmental contaminants have recently been detected in a number of Long Island water districts.”

The ash is tested, but according to a letter from 2014 to Syed H. Rahman, the regional material management engineer of the New York State Department of Environmental Conservation from Scott M. Wheeler, the environmental engineer at Covanta Hempstead, it was a policy at the time, which was pursuant to their Ash Residue Management Plan, to bring samples of the fly ash and the bottom ash to a laboratory and mix it there before testing. Wheeler was writing Rahman to assure him that the ash would, going forward, be mixed at the facility before testing, and that the DEC would be notified so that a representative could come and witness the process. Unclear in the letter was just how long the policy of mixing the ash at the laboratory was in effect.

Also in that letter was a statement that the ash loading house, a 25-year-old building, was due for some repairs. Wheeler wrote to Rahman that a repair on the roof was scheduled to be replaced, describing in detail what process they would take to keep the building sealed so that no ash can escape.

Rahman acknowledged the case in a letter dated November 2021, stating that the department was aware of the lawsuit alleging improper disposal of ash at the Town of Brookhaven Landfill beginning in 2006 and that it was looking into the matter.

Covanta has denied all the allegations, stating that Covanta is defending itself accordingly and that during the 12-year period discussed in the complaint, there was a DEC monitor on site. At no point, Covanta’s statement read, did the DEC monitor cite Covanta for any violations regarding ash handling.

Covanta Hempstead, the Village of Garden City and the Town of Hempstead are currently in the process of trying to settle the case for a sum of $250,000 awarded to the municipalities.

The stakes are high. If Covanta Hempstead settles with the Village of Garden City and the Town of Hempstead; all three parties and those affiliated will forever and unconditionally discharge all liability of any kind relating to or arising from the claims of allegations in the complaint.

The Brookhaven Landfill Action and Remediation Group (BLARG) that advocates for the closing of the Brookhaven Landfill and rectifying the harm caused by it, in March filed an amicus brief opposing the settlement. In the amicus brief, BLARG argued that the Town of Hempstead and the Village of Garden City officials lack authority to settle the lawsuit at this late state due to failure to intervene in the case at an earlier date.

“Alternatively, the all-volunteer organization asks the court to reject the proposed settlements as unfair, inadequate and unreasonable given they would release Covanta from liability for harms caused by the landfill and limit the resources available for the eventful remediation of the Brookhaven Landfill,” a press release from the organization read.

Additionally, BLARG member Abena Asare expressed concern in her accompanying affidavit that if Covanta were to settle, nearby residents of the landfill would never learn the truth about what was dumped there.

“North Bellport is a predominately Black, Indigenous and Latinx community, and Brookhaven officials have not been true representatives of North Bellport,” wrote BLARG member Monique Fitzgerald in her accompanying affidavit. “The community does not trust that the Town of Brookhaven will represent North Bellport residents’ interests.”

Fitzgerald told the Nassau Illustrated that residents living near the landfill only have access to what is currently public record in regards to that ash. But unfortunately, Fitzgerald said, being left in the dark is common in BLARG’s mission. The group has to often file Freedom of Information Law requests in order to get information about the landfill.

“We want to know what’s in the landfill,” Fitzgerald said. “We want to know what’s being burned at Covanta and transported to us. It’s very important for our health and safety.”
And as for Westbury, they are another community that would could be impacted if Fahey’s accusations are true. Fitzgerald went door-to-door in the community, and many were unaware of any environmental concerns from the facility.

“Some people know about the structure of it, they know it exists,” Fitzgerald said. “I haven’t been able to reach the people who have a full grasp of what’s going on at Covanta.”

But what is the answer at a time that disposable products and packaging made with plastic and other materials are almost impossible to avoid? Fitzgerald expressed to the Nassau Illustrated that the solution is a new approach to handling waste.

“A solution needs to be a solution that ends an unsustainable practice, not furthers it,” Fitzgerald said. “Burning trash only makes trash smaller. It doesn’t disintegrate it to where it’s no longer. And the process of burning it is toxic. We need to direct our waste management solutions to the front end of the waste stream which is where these materials and products are produced and extracted from the ground. That’s where we have to set our sights.” 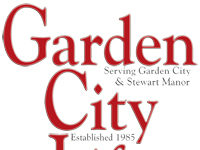